Denmark’s first organized resistance group during the German occupation of Denmark in 1940-1945, the Churchill Club, was based in Aalborg Monastery.

Many have certainly heard tales of the Churchill Club, the World War II resistance group, which consisted mainly of 14-17-year-old boys from Aalborg Cathedral School. The initiators of the Club were: Knud and Erik Bue Pedersen, sons of the Monastery Priest in Aalborg, Edvard Pedersen. The family lived in the vicarage at Aalborg Monastery, which also became the boys’ ‘playground’.

The young boys became frustrated with the adults who were not offering any resistance to the German occupation forces. “Someone had to do something,” said Helge Milo, one of the members, many years later. So, the boys chose to take on the job themselves. In the spring of 1942, the group carried out 25 minor actions such as arson, vandalism and weapon theft, before they were arrested on 18 May.

In the short movie “Sabotagegruppen Churchill-klubbenlub” (Resistance Group Churchill Club), Knud Pedersen, who died at the age of 88 in 2014, talks (in Danish) about the club. 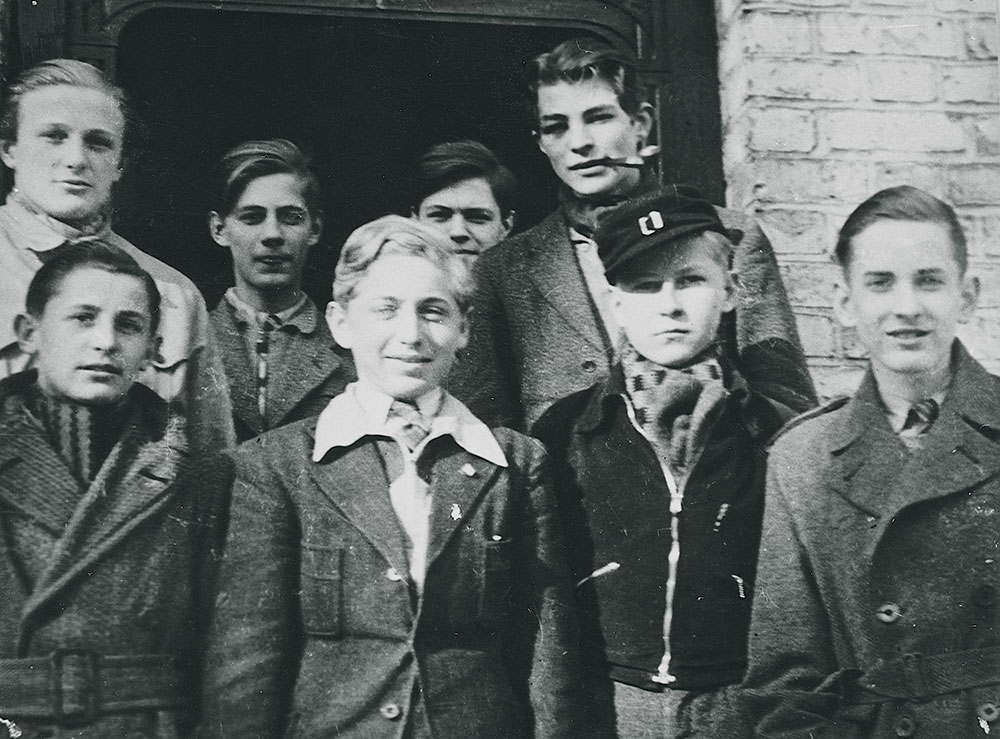 Eight members of the Churchill Club immediately before their arrest. Photo: The Freedom Museum. 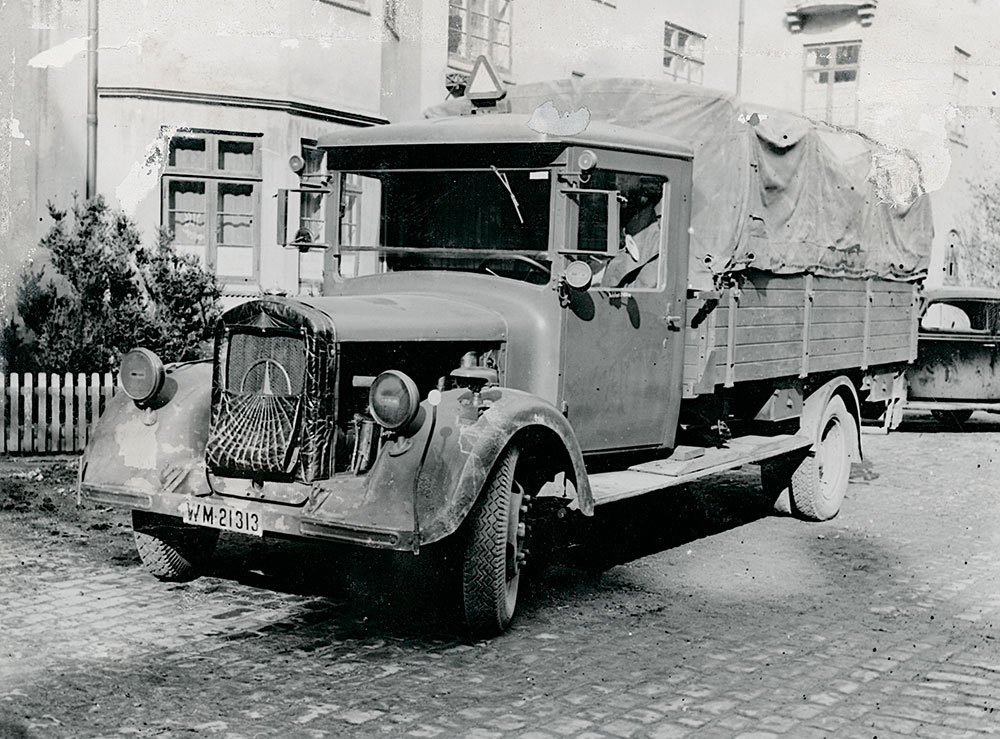 German navy lorry in Aalborg sabotaged by the Churchill Club in the spring of 1942. Photo: The Freedom Museum. 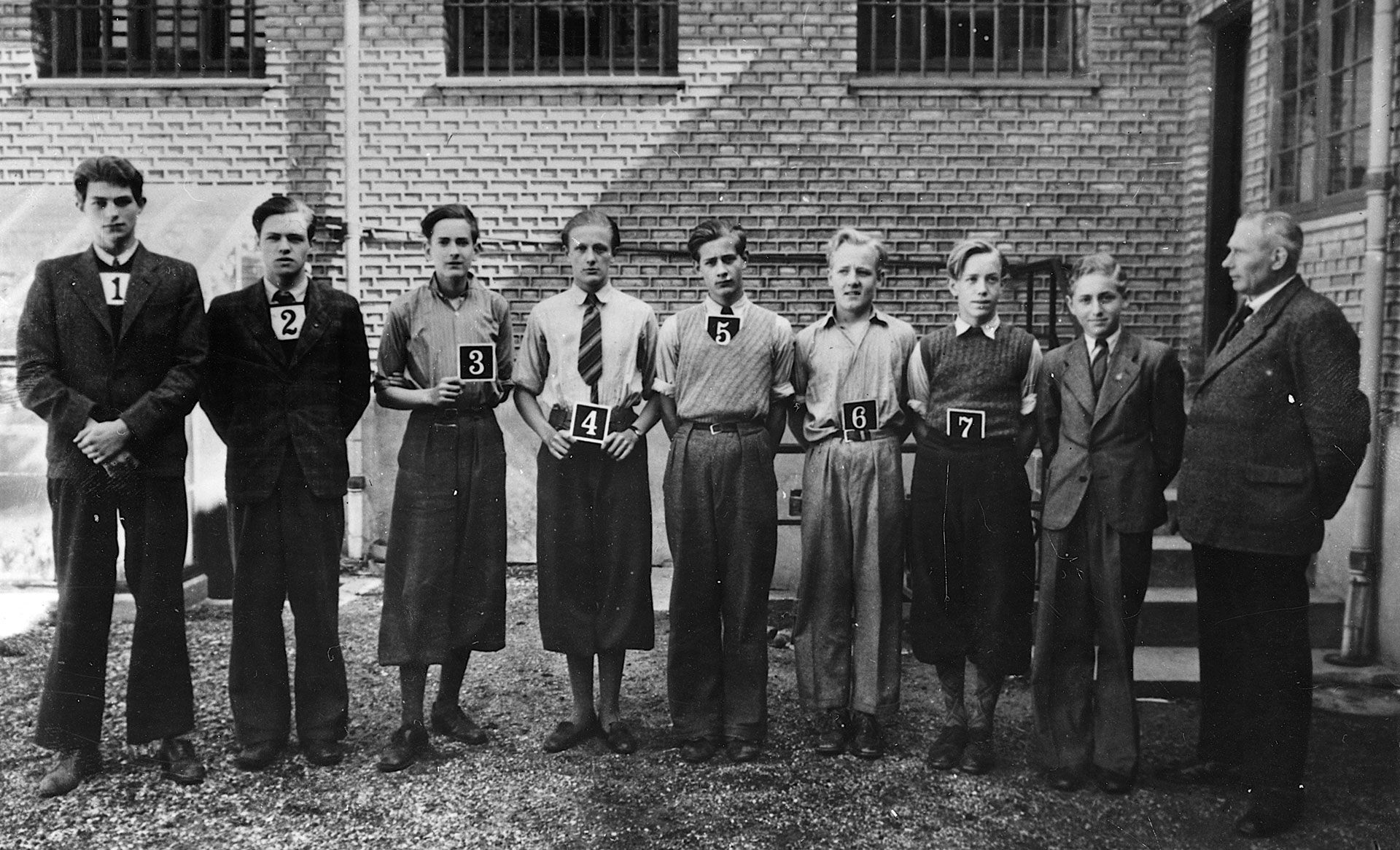 After being arrested, they were imprisoned in Aalborg Prison. From here the group continued their sabotage activities despite their confinement. They managed to escape by sawing through their cell bars, continued their work before returning to their cells. They did this 19 times before being recognized and exposed by some German soldiers during an air raid alert.

It was important from the start for the Danish authorities to keep the case of the Churchill Club in Danish hands. So, the Danish police, the Ministry of Education and the State Prosecutor for Special Affairs conducted the investigation into the case and a Danish court judged the boys.

On 11 June 1942, the Copenhagen City Court handed down prison sentences to the 10 youngest. They were found guilty of a number of serious sabotage actions aimed at the German armed forces, extensive theft of weapons and ammunition, vandalism and arson during the period 20 February to 7 May 1942 in Aalborg and Brønderslev – and for a previous attack in Odense. The club’s youngest member, 14-year-old Børge Ollendorff, could not be sentenced to imprisonment due to his age.

The eldest members, Alf Houlberg and Knud Hornbo, were sentenced to serve in a German prison. But after six months, with the help of the Danish authorities, the two were returned home to Denmark where they continued their detention in Horsens State Prison. The other members were redeployed and served in Nyborg State Prison under relaxed conditions. Amongst other things, they were given the opportunity to complete their education whilst in prison. 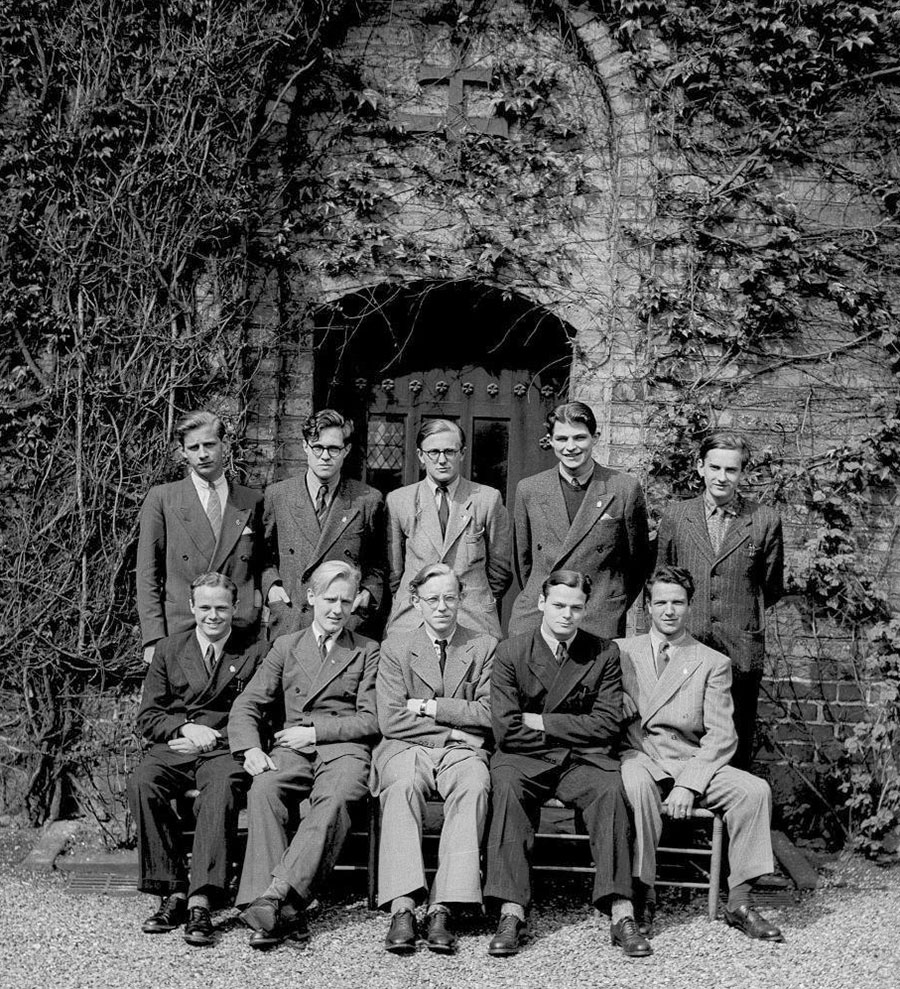 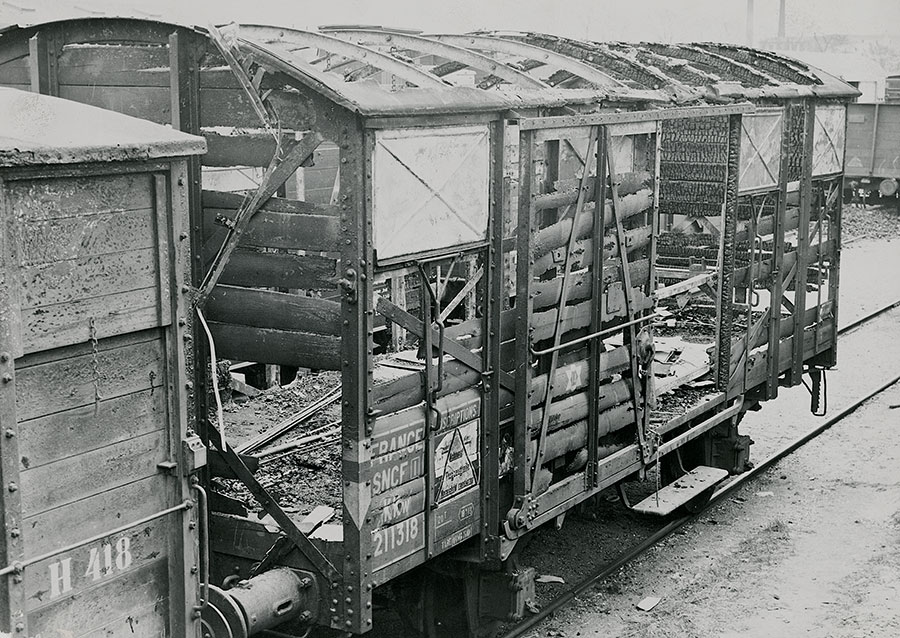 Railway wagon that was set on fire by the Churchill Club in early May 1942. Photo: The Freedom Museum. 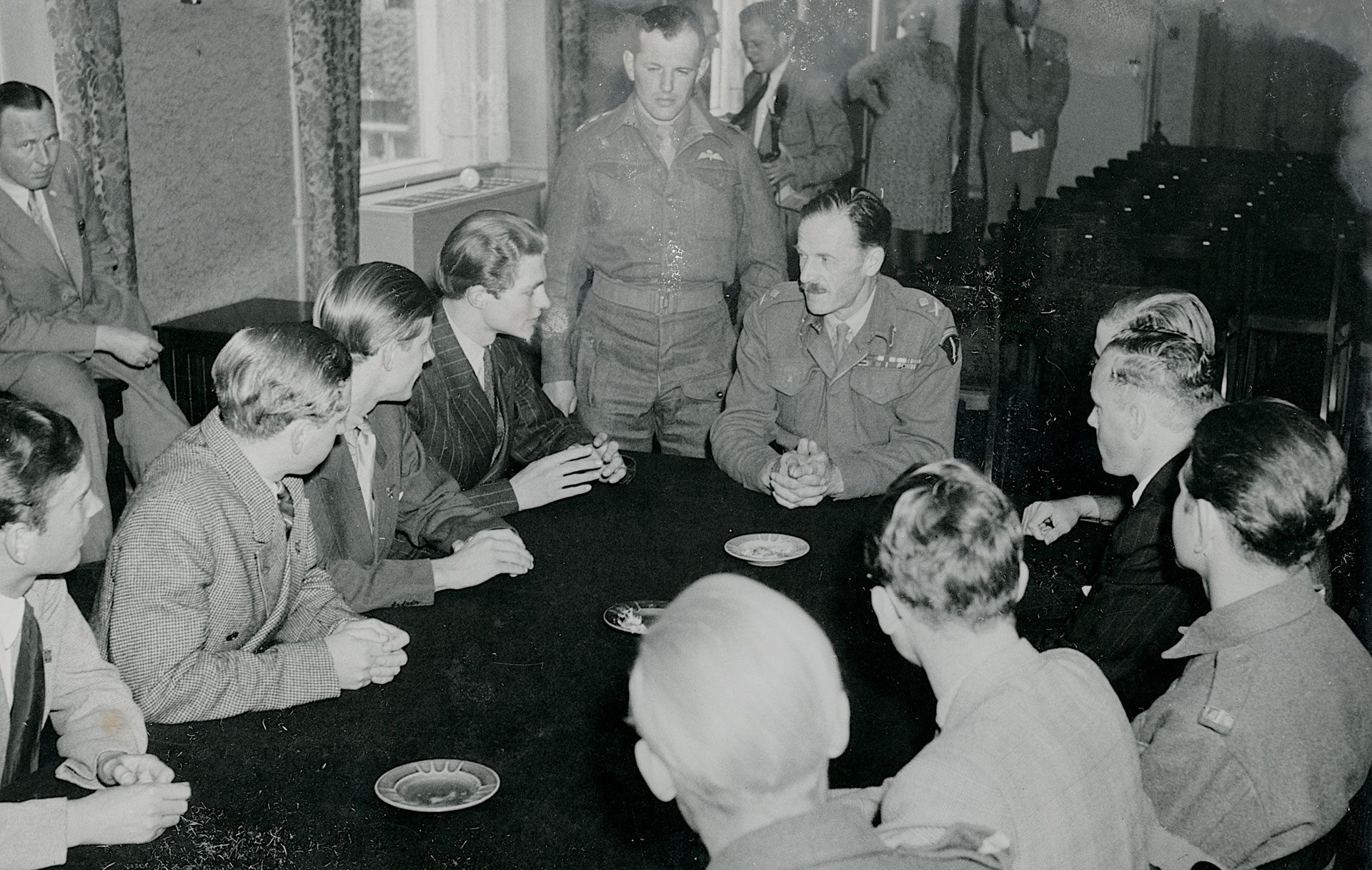 In the summer of 1945 – following Denmark’s liberation – the British General R.H. Dewing went to talk to the Churchill Club members. During their meeting at Hotel Phønix in Aalborg, the ‘boys’ talked about their experiences. The general was very interested in hearing details and enjoyed listening about the club’s achievements. Photo: The Freedom Museum.

The boys from Sankt Petri

The history of the Churchill Club is perhaps, in Denmark, best known through the 1991 film ‘The boys from Sankt Petri’, which was directed by Søren Kragh-Jacobsen, based on Bjarne Reuters novel of the same name. The film deviates a great deal from the real events as depicted by Knud Pedersen in the Book of the Churchill Club.

Knud Pedersen talks more (in Danish) about the Churchill Club.